There’s a title for ya! This book is part of Disney’s Small World Library series which featured original stories based on the geography and customs of twenty-eight different countries. You can view the covers and read reviews for each book on goodreads. But only I will bring you a review with pictures!

So please read my very own review of one of these books, featuring the Netherlands: 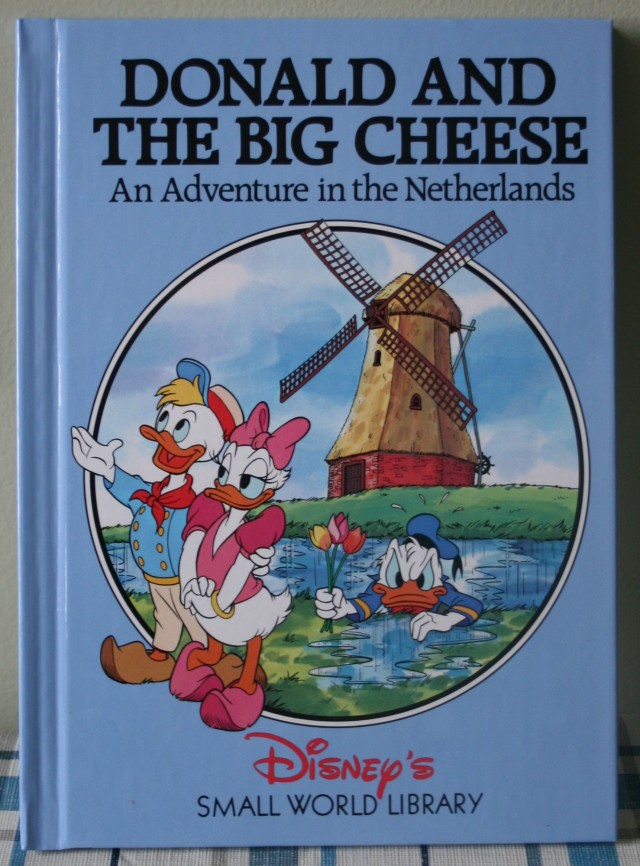 This series is very well illustrated and inserts some of your favorite Disney characters into a storyline created to highlight the nation being featured.

Inside leaf, back and front 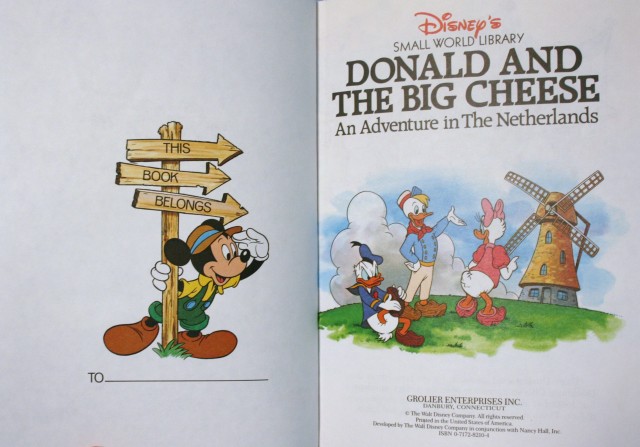 I was happy to see that the child who owned this previously didn’t believe in marking up books, so the owner page is not filled in with a name.

So time to look at the story: Daisy wins a trip to the Netherlands by entering a cheese recipe in a contest. She sculpts the cheese into a windmill! Soon her and Donald are on their way on the plane:

Once there, a handsome tour guide meets them. Daisy is smitten and Donald is jealous! Hans, the tour guide, takes them on a journey throughout the Netherlands. 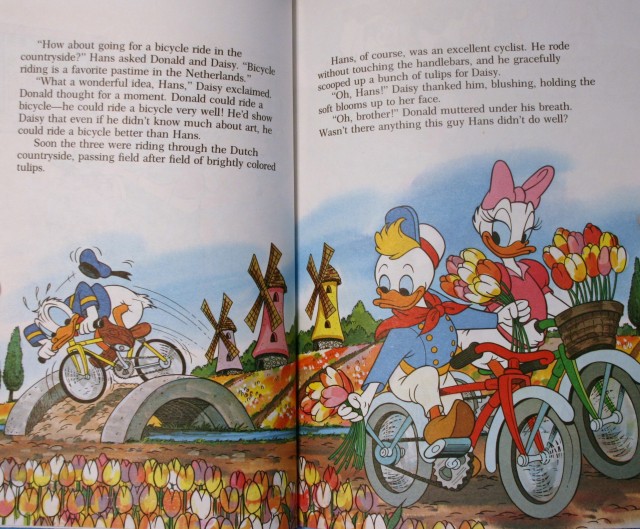 Hans is making quite an impression on Daisy leaving poor Donald to struggle just to be noticed. He ends up getting into all kinds of trouble as he shows off for attention, usually ending with Hans saving him, much to Donald’s chagrin. He begins to dislike Hans!

But when Donald makes yet another mistake and Hans covers it up so that Daisy doesn’t see it, Donald has to reassess his thoughts about the tour guide. 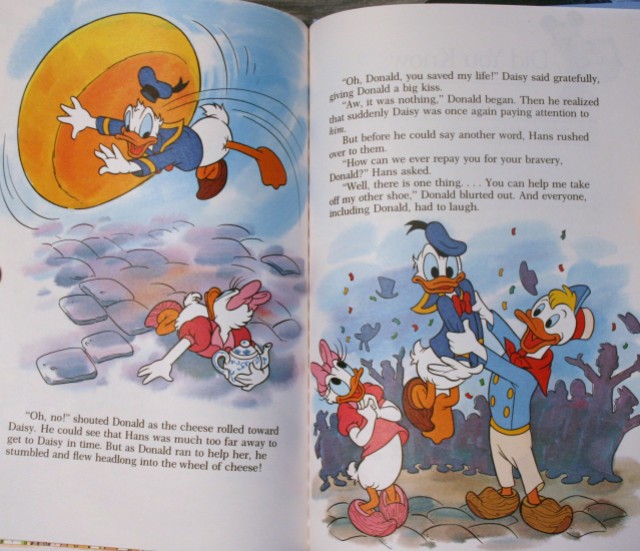 Near the end of their tour, a big cheese (hence the book title) ‘escapes’ from its handlers and is going to crush Daisy, but Donald trips into its path and saves her. Now there’s a sentence I never thought I’d type!

Donald is a hero and once again he has the complete affection of his love, Daisy. And so the story ends.

A nice feature of these books is the four-page spread of Did You Know? facts about the country being featured. So let’s see how many facts you know about the Netherlands: 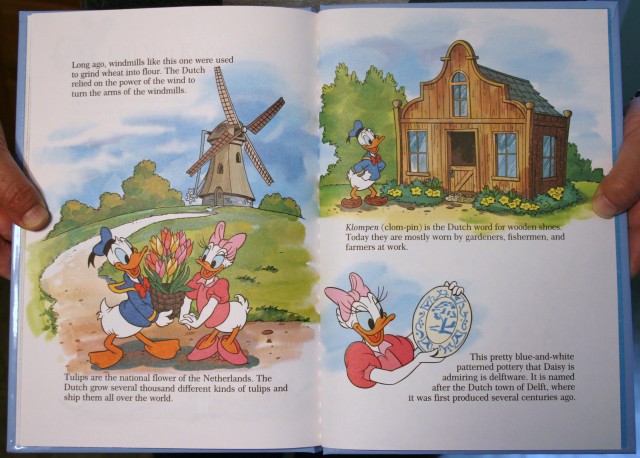 Well, I guess if your cows can produce a lake of milk, you may as well make cheese!

I would give this book, and by extension this series, a 4 out of 5 Stars. I’m not impressed with how stereotypical some of the titles are, playing on common perceptions and using outdated myths for many of the countries. For example, we have the Loch Ness Monster in Scotland, Mounties in Canada, leprechauns in Ireland, and painting in France, just to name a few offenders. Although these things are a part of each country’s heritage, it would have been nice to see a less obvious approach to creating the stories.

Overall though I would highly recommend this series for your children! Many of the titles can still be found on Amazon and eBay.

10 Years of My Dreams of Disney