Welcome to this month’s Blogorail Green Loop. Today we are taking a tour of the Lands at Walt Disney World’s Magic Kingdom Park.

You have arrived at Walt Disney World! Now, where do you start? Most will recommend that you begin your visit at The Magic Kingdom. If you’ve followed this loop in order, you will know that there are many Lands in this particular park. I hope to show you why the smallest of them is still worth your time!

I am concluding the tour of the Lands of The Magic Kingdom with:

View from the Liberty Belle riverboat

““From this Gateway stirs a new nation waiting to be born. Thirteen separate colonies have banded together to declare their independence from the bonds of tyranny. It is a time when silversmiths put away their tools and march to the drums of a revolution, a time for gentlemen planters to leave their farms and become generals, a time when tradesmen leave the safety of home to become heroes. Welcome to Liberty Square!”
―Entrance Plaque

This Land was adapted from a Disneyland concept called Liberty Street, which would have extended from Main Street USA. Themed after colonial America, replicas of both the Liberty Bell and the Liberty Tree can be seen here. Two very popular attractions are also found here, namely The Haunted Mansion and The Hall of Presidents. You can also find the beautiful Liberty Belle steamboat.

Many beautiful sights can be enjoyed from her deck:

The following thumbnails will attest to this fact:

Below you can see The Liberty Belle coming and going: 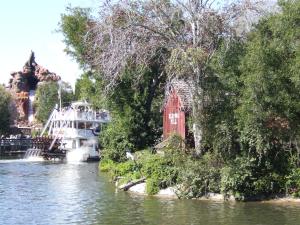 You can even find references to old live-action movies, like Wilson’s Cave Inn from the Davy Crockett adventures where he met Mike Fink. Mike Fink’s Keel Boats ran on the same waters as the Liberty Belle from 1971 to 1997. 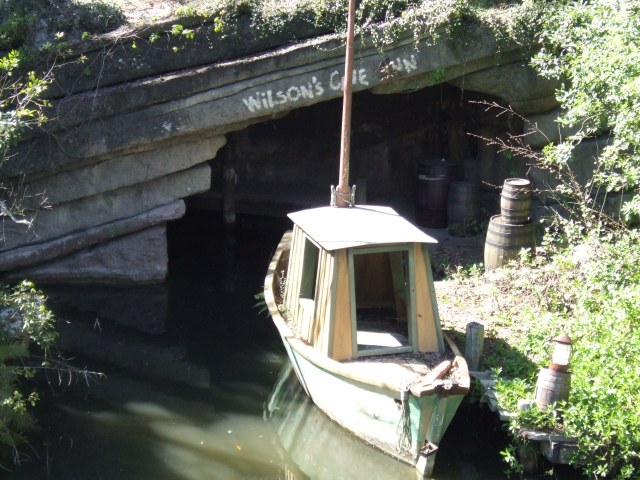 And some good-natured fun can be had in the stockades! Although, I doubt prisoners found them much fun back in the day!

Here are some Fun Facts about Liberty Square:

There are three restaurants to choose from: Columbia Harbour House, Sleepy Hollow, and the Liberty Tree Tavern. Shopping opportunities are slim!

So if you like history and want a smattering of it during your next vacation, be sure to take in the atmosphere and edutainment of Liberty Square!

For more tours of the lands of the Magic Kingdom, check out the other great posts from the Blogorail!

Here is the map of our Magical Blogorail Green | Lands of the Magic Kingdom Loop: